« PROMOTE SUSTAINED, INCLUSIVE AND SUSTAINABLE ECONOMIC GROWTH, FULL AND PRODUCTIVE EMPLOYMENT AND DECENT WORK FOR ALL »

TARGET 8.5
Achieve full and productive employment and decent work for all women and men.

PARENT PARTICIPATION IN THE LABOUR MARKET

Employment rate for people aged 25–54, living in a household with at least one child under the age of six, by sex and family situation, for all of Quebec, and for Montréal, Laval and Montérégie, 2011. 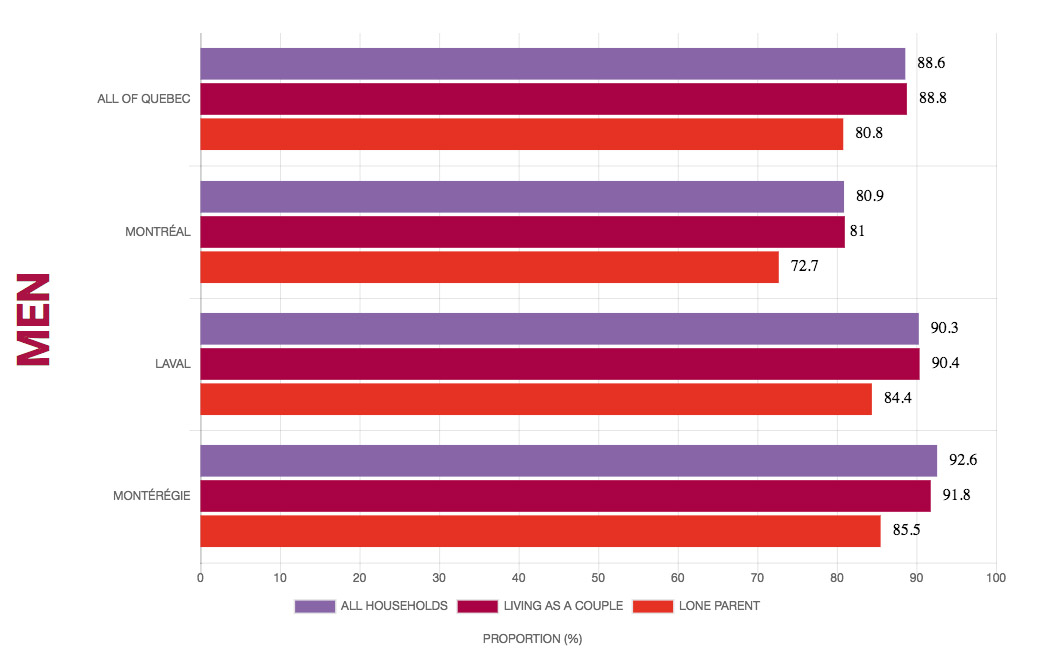 WORK-FAMILY BALANCE IS A BIG CHALLENGE

TARGET 8.6
By 2020, substantially reduce the proportion of youth not in employment, education or training.