« ENABLE EVERYONE TO BE HEALTHY AND PROMOTE WELL-BEING »

TARGET 3.2
Eliminate avoidable deaths of newborns and children under five.

Proportion of young people who said they had access to or had consulted a healthcare professional and the proportion who received a flu vaccine, for certain census metropolitan areas, for all of Quebec and the rest of Canada, adolescents aged 12-19 only, 2013–2014 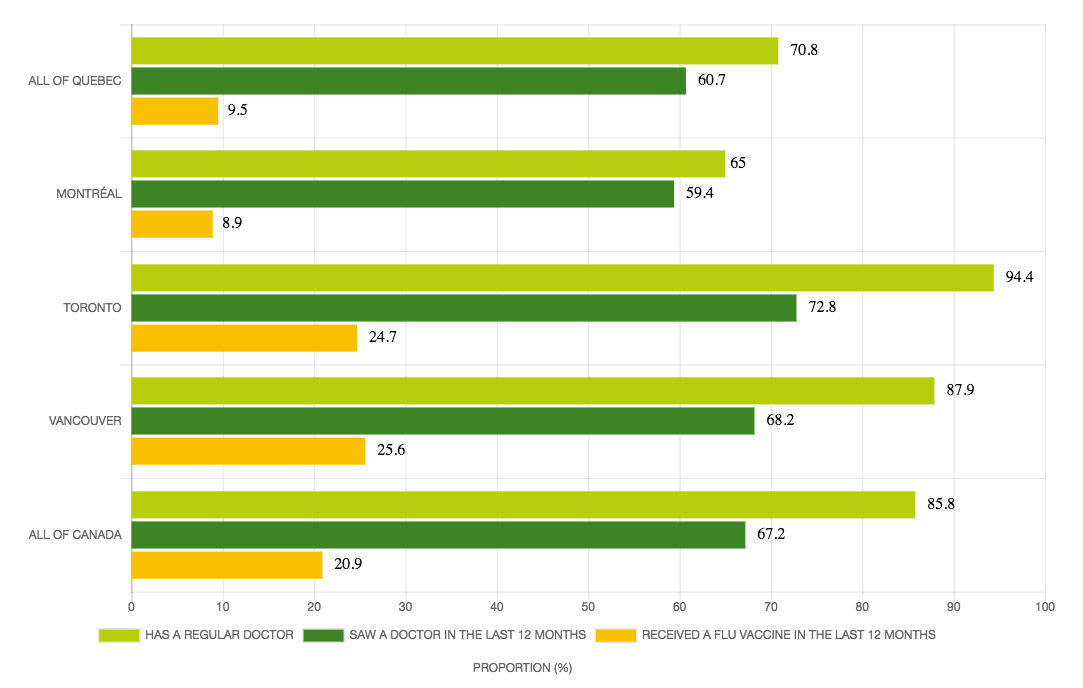 TARGET 3.5
Strengthen the prevention and treatment of psychoactive substance abuse, including harmful use of alcohol.