TARGET 2.1
End hunger and ensure access by all people, in particular the poor and people in vulnerable situations, including infants, to safe, nutritious and sufficient food all year round.

Families with children accounted for 43% of food bank users in Quebec in March 2016, of which 23% were two-parent families and 20% were single-parent families.

RELIANCE ON FOOD BANKS IS INCREASING 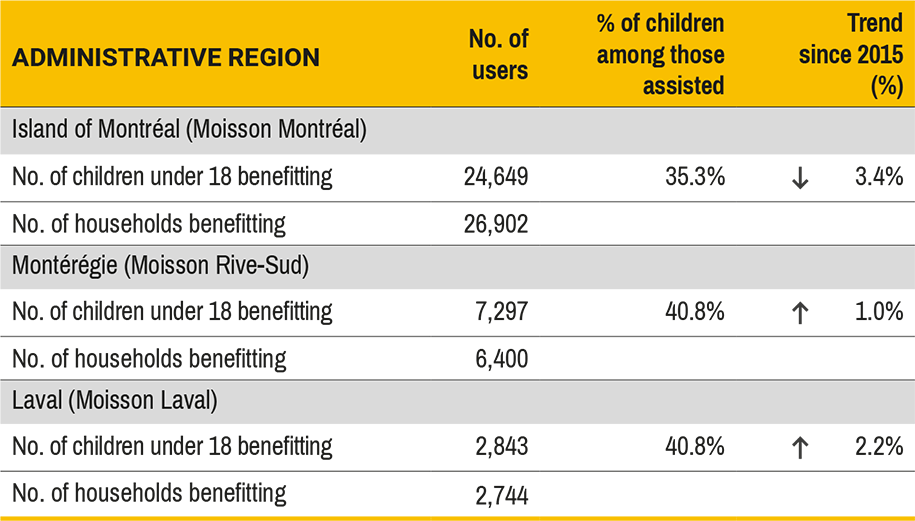 NOTE : The data, compiled from March 1 to 31, 2016, was collected from affiliated community organizations and food counters served by Moisson members. Moisson Rive-Sud is the largest food bank in Montérégie,
covering 60% of its territory. 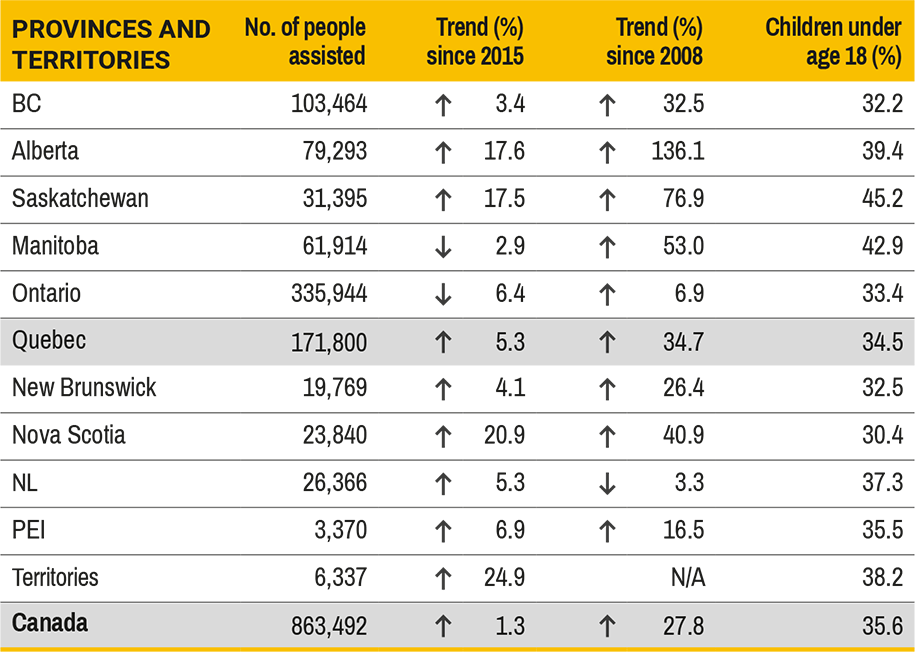 NOTE : The data, compiled from March 1 to 31, 2016, was collected from community organizations and food counters.

UNHEALTHY EATING HABITS AND OBESITY
PROBLEMS IN MANY CHILDREN

TARGET 2.2
End all forms of malnutrition.

HALF OF ALL HIGH SCHOOL STUDENTS (50%) EAT BREAKFAST BEFORE SCHOOL